Sherlock Holmes investigates the puzzling death or an army Colonel, and the attempted murder of his wife. With both locked in a sealed room, murder-suicide seems the most obvious explanation... 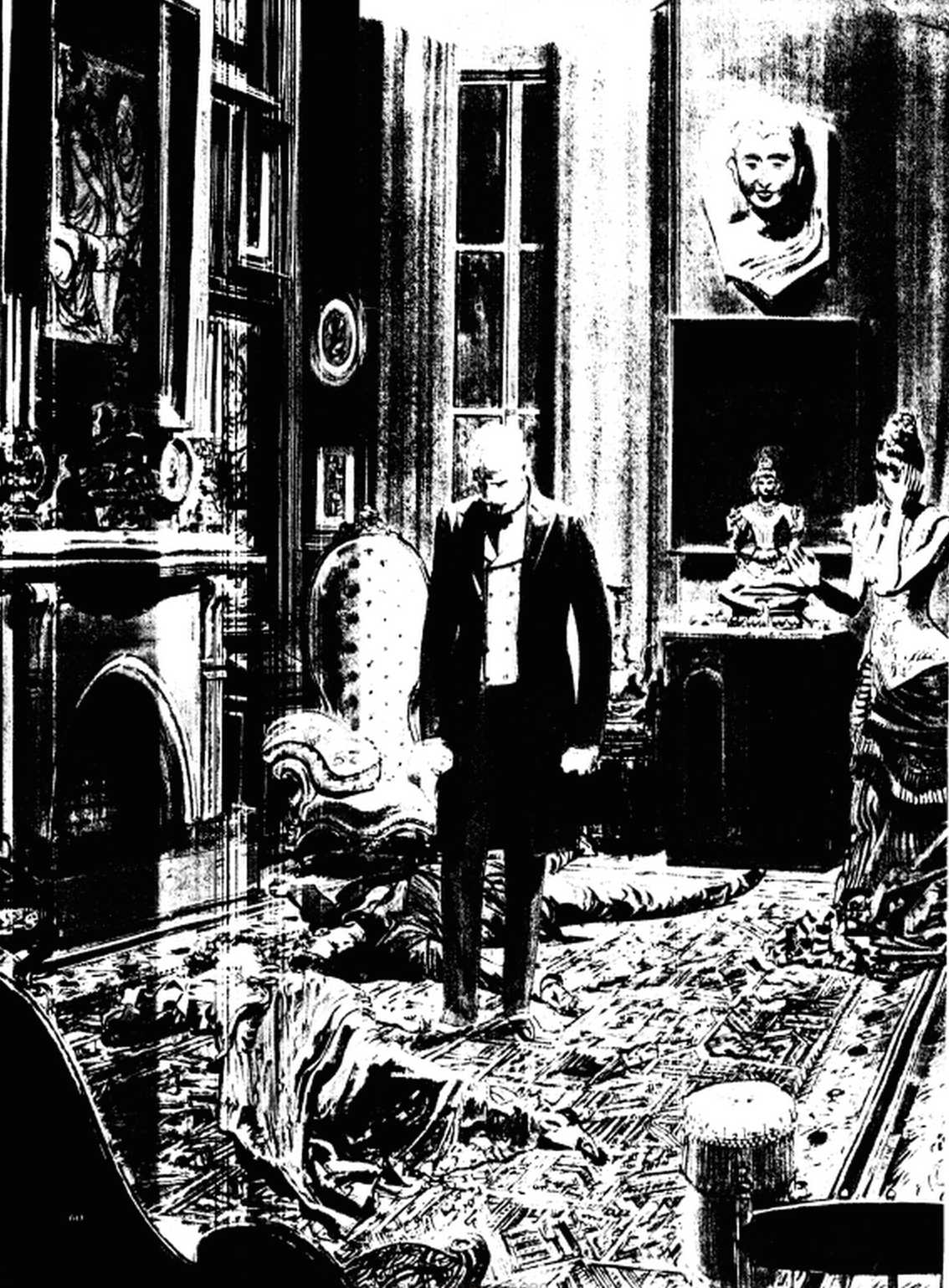 In The Adventure of the Sealed Room, Holmes finds himself swept up in a case centred around a classic locked room mystery. Colonel Warburton is found in a sealed room with his badly wounded wife, gun still in his hand.

The story was first published in "The Exploits of Sherlock Holmes" in 1954, and was inspired by a comment by Dr Watson in "The Adventure of the Engineer's Thumb":

"Of all the problems which have been submitted to my friend, Mr. Sherlock Holmes, for solution during the years of our intimacy, there were only two which I was the means of introducing to his notice -- that of Mr. Hatherley's thumb, and that of Colonel Warburton's madness."

The Adventure of the Sealed Room

The short story is available in its entirety for free at Narod.ru or UNZ.org.

Very few of the original Sherlock Holmes stories involved locked rooms in the classic sense, but thanks to Adrian Conan Doyle's partnership with John Dickson Carr we have a number of stories pairing the infamous detective with the quintessential conundrum.

Though The Adventure of the Sealed Room doesn't have a solution as inventive as some of Carr's others, it does feature an enjoyable Sherlock story that continues the style of Arthur Conan Doyle. Adrian may not quite be able to replicate the ingenious and often humorous Sherlock deductions created by his father, but the tried-and-tested format still works well.

The long-suffering Dr Watson, panicked client, and obstinate Holmes all combine in the classic formula and, while it may not be one of the most spectacular cases, provides a solid mystery revolving around a locked room puzzle.

5/10 - Not the strongest Holmes story or locked room mystery, but it's enjoyable to see the two combine.

The Adventure of the Sealed Room is available as part of The Exploits of Sherlock Holmes short story collection from Amazon (UK) and Amazon (US).
Posted by Unknown at 8:09 PM