Wash Her Guilt Away by Michael Wallace

A young woman is found strangled in a locked cabin, with no footprints in the surrounding snow...

Michael Wallace's Wash Her Guilt Away combines a traditional locked room mystery - a collection of eclectic characters are stuck in a remote location after one of them falls victim to an impossible crime - with the sedate world of fly fishing. The book follows Quill Gordon and his friend Peter Delaney as they head to a waterside cabin for a fishing break, then assist a befuddled detective as their retreat turns murderous. 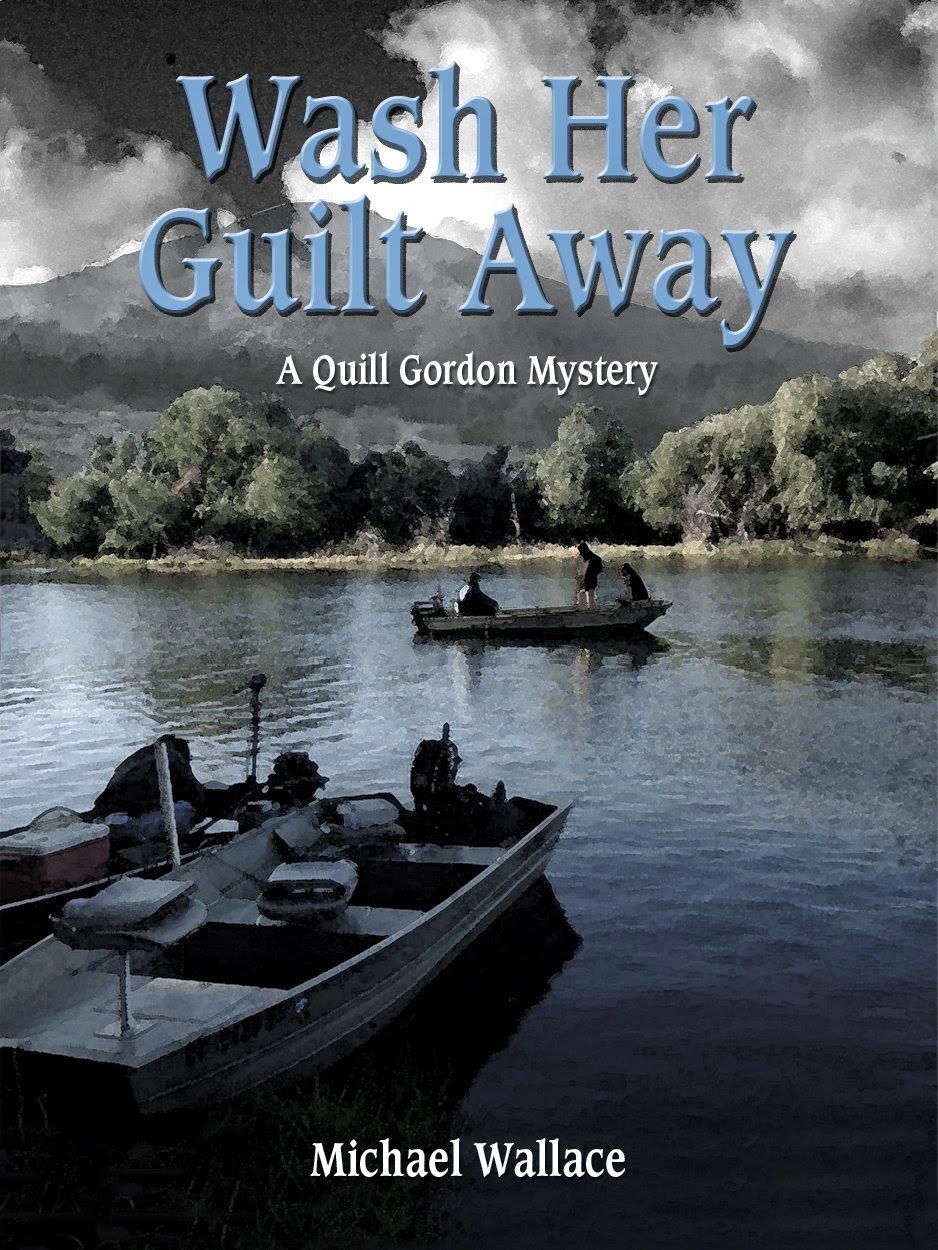 The first half of the book is almost entirely dedicated to the pursuit of fly fishing, which offers a detailed and slow-burning insight into the techniques and experience of the sport. For fishing enthusiasts, this rather unique prelude to a murder mystery could prove for an insightful, if serene, read.

For those more interested in the mystery aspects of the story, the first half of the book can be skipped entirely with virtually no impact on the reader's understanding of the plot. Save the brief prologue chapter that depicts the crime from the (unidentified) killer's perspective, the mystery only begins at the half-way point. The chapters following the crime veer more towards standard mystery fare, with a weathered detective attempting to solve the case while dismissing the advice of the amateur sleuth.

As the mystery unravels we learn that each character has their own potential motive, with the investigators focusing just as much on who committed the crime as how they did it. For readers familiar with locked room mysteries the culprit may be apparent fairly early on, but there are a few small details to the method that differ from previous works.

The complexity of the locked room mystery in most full-length novels is increased to provide a more elaborate solution for the long-awaited reveal. Wash Her Guilt Away's method of murder, while interesting, bares more similarities to various impossible crime short stories. Though the story and characterisation may have suffered, the puzzle may have been suited to a shorter format with a more immediate reward for the reader's time.

It's difficult to tell what kind of reader Wash Her Guilt Away was intended for. For fishing fans the first half may prove interesting, and for mystery fans the second half offers a solid story with familiar genre staples (though impossible crime fans may find the solution a little simplistic). For those readers interested in both, it's easy to recommend. Fans of one or the other may find their passion a little diluted.


A book of two halves - one a sedate fishing adventure, the other a locked room mystery.


Wash Her Guilt Away is available on Amazon (UK) and Amazon (US) in both paperback and kindle editions. A trailer for the book is available on YouTube, and the author's blog can be found at Outofglendale.
Posted by Unknown at 10:44 AM